To fix this I got a set of lightened aluminium spacers and some extended wheel bolts. What initially seemed like it would be a simple job of knocking out the old bolts and fitting the new ones into the hubs soon became a bit of a mare. The bolts I got had splines that were slightly wider than the stock bolts. They just wouldnt go into the hubs.

Along came my mate rob who luckily for me builds kit cars for a hobby and has all the kit need ed. He took 4 of the bolts and lathed them down a bit as a tester. This did sacrifice the splines but worth a try we thought.

So today I took the 4 new bolts and tried again. They went in without too much issue pulling through with the bolts with no cross threading or wear which is good. With the 25mm spacer it gave just enough thread for the nuts to go on. So on initial appearance it seems to have worked! At least until the wheel comes flying off anyway.

Here is a pic of the one ive done as you can see looks.so much better. I think I might either have to remove the arch liners now or raise the suspension up a tad. But ill figure that out once the 4 wheels are done. 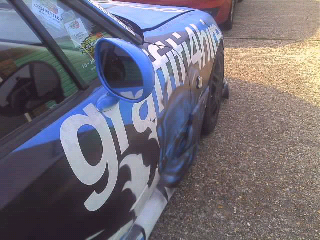 Messing with spacers and wheel bolts

There has been a blight on the bug ever since I fitted the new suspension. To some it may seem like a small think but it has been bugging me every time I look at the car. The wheels on it have a daft offset that makes the wheel sit really far inside the arches and as such the arches dont look filled... 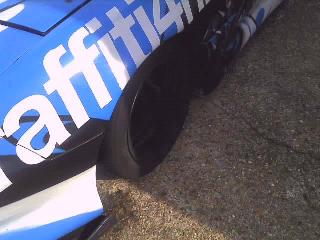 So its about 6 weeks until the bug gets taken to the Nordschleife for a rerun of last years Rag the Ring, albeit solo this time, although hopefully with less rain!

Before then there are a few little jobs I need to sort. Well 3 come to mind.

1.Wheel spacers and extended bolts to fill the arches fully.
2.More 'lightening' and stripping
3.Swap the exhaust back for the less mental one that won't fail the ring's noise limits

I'm hoping to get a roll bar in there also but only if I can find one for the right price, steel tube seems to be a bit of a commodity at the moment.

So for the first job I ordered a set of 25mm lightened aluminium spacers and extended wheel bolts from RallyDesign. On attempting to fit, I realised eventually that the end of the bolts are about 1mm wider than the stock bolts. So now I'm setting about filing all 16 bolts so they will fit in the hubs. No pictures yet but Im confident it will really fill the arches with an extra inch each side. So much so that I'm starting to think I'm probably going to need to raise the suspension back up a bit to make them fit. eventually Ill probably roll the arches and drop it all the way down lower than it is now.

With the second job I've got the guys at autolink to thank. While down there having the roof fitted they showed me one of their cars they were working on and had been fully stripped. What they showed me was a whole load of metal panels that are unnecessary from the rear deck and can be unbolted and stripped. So ill be taking a ratchet to it. 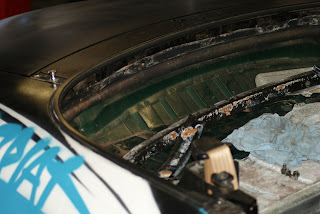 The third job is a fairly simple one, jack it up, 2 bolts and a bit of elbow grease to swap the boxes over. I'll probably keep the quieter one on for a while, to be honest I can't drive it how I want with the noisy one without constant fear of 'interference' from our friends in blue. 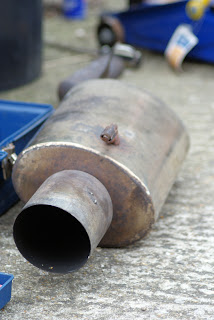 So a few simple bits to sort for now.

working on a few ideas for the Scumrun rally next May so always more to be done!
Written by Joe Richardson No comments: Links to this post