Driving to work
Stabbing looks of old disgust, inquisitive young stares
Glance to question sanity and disapproving glares
Beeps of indignation, impatient chirps of horn
Assumptions of the social standing to which I am born
The motorway is frantic, as usual at this hour
I glide through queues to rescue time, not make your face so sour
Its not about fast driving its understanding flows
You can’t spit venom if I see what nobody else knows
-
A businessman, I drive to work, really, quite a normal figure
My choice of chariot should not alone be reason for such vigour
Red to amber, then to green we all play the same fiddle
So why chastisement if I spot a gap right down the middle?
Jealousy is always there, but not of what I drive
It’s of the balls I must be sporting to drive this thing and stay alive!
OK so it's more a limerick but hey sums up my journeying into work quite nicely!
Written by Joe Richardson No comments: Links to this post

This time thanks to ByteRipper (think that's right?), one of my neighbour's security cameras caught me working on the car the other day... so in all its glory here is 1 hour of tinkering about in 45 seconds.


enjoy! or don't, your call. ;0)
Written by Joe Richardson No comments: Links to this post

So this morning I used the Contour HD to record my journey into work.
A very dull journey, but proved the camera worked. So i've sped it up 60 times...as you do.
Should use the camera for some more exciting footage soon...
Written by Joe Richardson No comments: Links to this post

Camera plans back on schedule...

Just a quick note to say that I now have my replacement Contour HD 1080p camera.

I'll be sure not to run this one over...

Look out for some more test footage soon.

In other news I've been playing Idle speed over the last few days. It has a bit of a tendency sometimes to 'seek' for the right tickover revs and to avoid this I make the level a bit higher. Been playing with this to get it to a nice balance between more responsive throttle and fixing the tickover issues and pouring fuel down the exhaust.

A few other little jobs I've done include:

A good tidy up! (trust me it needed it after using it to dispose of the christmas tree)
Fitted an invertor and wired in a 6 way mains adapter
Bolted in central camera tripod
Started fixing the dent caused by roof tile.

more soon...
Written by Joe Richardson No comments: Links to this post 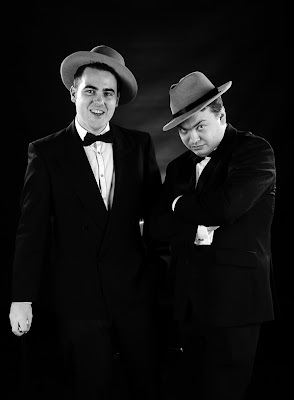 Oh my what a dashing pair of rapscallions we are...Thought we'd start February with a little intro picture.
Andy and Joe sitting in a tree...d.r.i.f.t.i.CRASH
More footage from 2011 Scumrun coming soon!
Written by Joe Richardson No comments: Links to this post